Kjeldahl Catalyst and Choices to Make 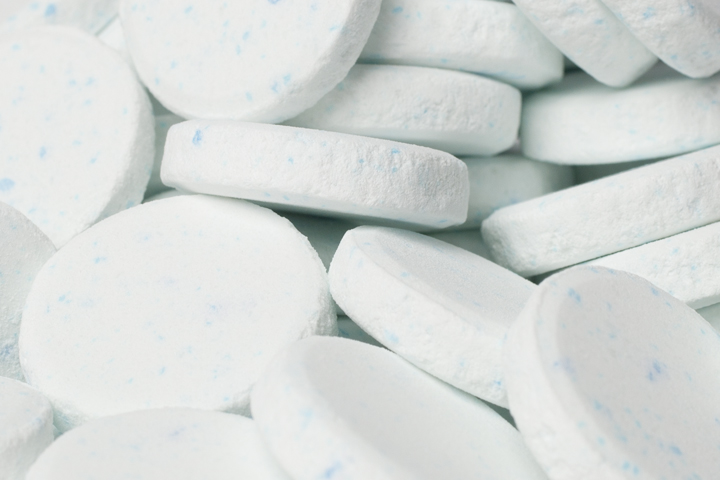 The aim of the digestion procedure is to break all nitrogen bonds in the sample and convert all of the organically bonded nitrogen into ammonium ions (NH4+). Organic carbon and hydrogen form carbon dioxide and water. In this process the organic material carbonizes which can be visualized by the transformation of the sample into black foam. During the digestion the foam decomposes and a finished chemical reaction will give a clear liquid. In the original Kjeldahl method the sample is mixed with sulfuric acid and boiled at temperatures between 350 and 380ºC during a couple of hours.

The speed of the digestion can be greatly improved by the addition of salt and catalysts. Potassium sulfate (salt) is added in order to increase the boiling point of sulfuric acid and catalysts accelerate oxidation and make the digestion complete. Using catalyst allows an increase of temperature to 420ºC, reducing digestion time to around one hour.

Mercury was long used as the best catalyst but is today not used because of environmental and health concerns. Selenium and copper are the catalysts of choice, though for certain applications with titanium has found some usage. Today selenium or copper are used as catalysts in more than 90% of the Kjeldahl digestions being performed all over the world.

Most laboratories use premixed Kjeldahl catalyst tablets to save time and reduce the risk for errors. A typical tablet contains 97-99% salt and 1-3% catalyst or mixture of catalyst. The selection of a particular tablet depends on ecological and toxic aspects or more practical reasons as the reaction time.

OPSIS LiquidLINE has done extensive research in the usage of different catalysts and can today offer a portfolio of Kjeldahl catalyst tablets for different Kjeldahl digestions. We believe the best performance in combination with low environmental impact is with the Missouri catalyst tablet (0.3% copper).

Please contact us today to get a full report on our catalysts and discuss which Kjeldahl tablet might be suitable for your laboratory.

Watch the video about OPSIS LiquidLINE >>

Watch the video about OPSIS LiquidLINE KjelROC analyzer and digestor >>